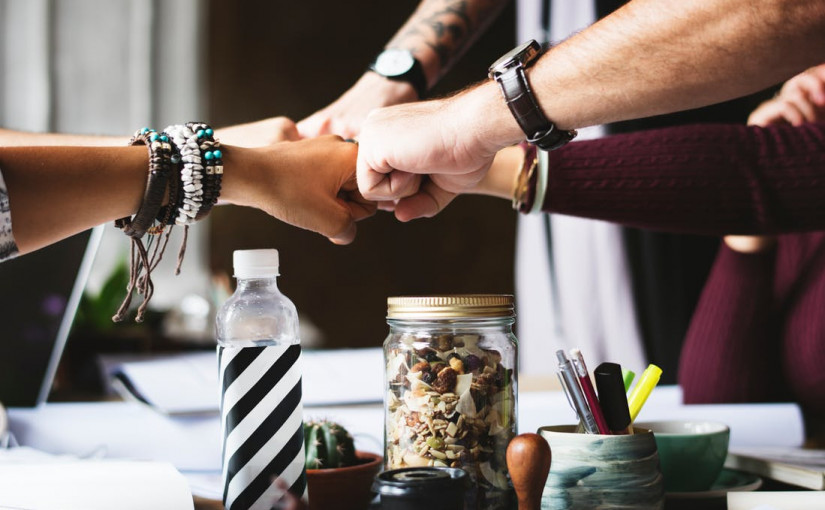 The end of the third quarter marks a new record for fintech deals and funding in Europe. VC backed fintech companies have raised $538 million within 65 business deals, coming close to $1.8 billion of the total amount raised and 216 deals closed since January, making it the most successful year ever even without counting the last quarter that still is not closed. If the development will continue at this pace, the total amount invested in European VC backed companies could exceed the $2 billion thresholds in 2017. 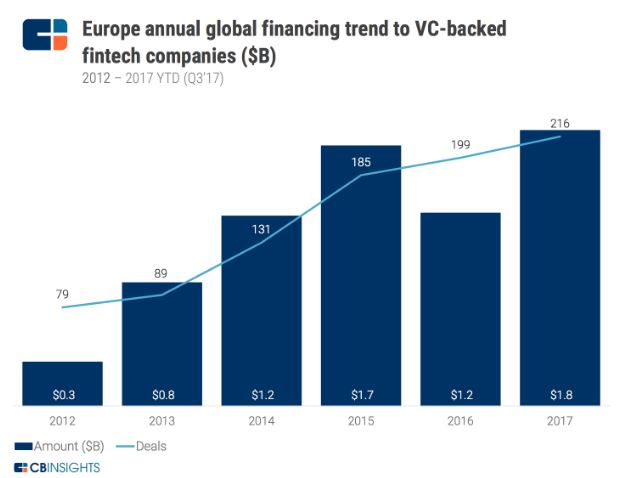 Outlook described above is a very encouraging scenario that emerges from “The Global Fintech Report: Q3’17” recently released by CB Insights. Data looks more than promising also on a global level with $4 billion raised in the Q3, 2017 by VC backed fintech companies in the total of 278 deals. And while the number of deals was in line with previous quarters, the level of funding was by 25% less than the peak reached in Q2. 2017 looks like emerging to be a record year both in term of money invested and quantity of deals.

Coming back to Europe what stands out is the rebound regarding seed and angel deals, that have profoundly influenced statistics of these months, accounting for a 45% of the total amount of settlements (up from the 31% of the previous quarter). Series A deals show the opposite situation with the lowest value in comparison with the last five quarters.

The largest deal in Q3 was closed by Revolut, a London based digital banking offering a pre-paid card (Mastercard), currency exchange and P2P payments. The company has raised $66 million in a Series B round, with a $300 million valuation. The other companies closing the five top deals in the quarter have been the following:

Receipt Bank, a London based company offering an innovative solution for accountants – automated data entry tool ensuring automated data extraction from receipts and invoices, that closed a $50 million in a Series B round;

Younited Credit, a France based P2P lending platform that raised $47.8 million in a Series E round;

Prodigy Finance, an online platform that offers community loans to international postgraduate students, that raised $40 million in a Series C round;

Onfido, a startup that provides AI based online identity and document verification, that got $30 million in a Series C round.

On the other side of the table, there has been Speedinvest, the most active venture capital investor in European fintech industry, which has been able to rank as the top investor for five consecutive quarters. Anthemis Group was second most active VC, followed by Index Ventures, Seedcamp and NFT Ventures. 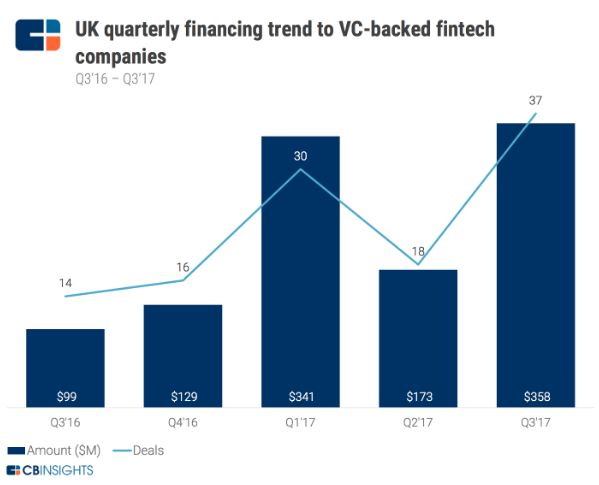 It is important to mention the current situation in the UK. Despite all problems emerged after the Brexit referendum, with little progress in the negotiations to leave the EU and different startups and financial institutions looking to move their headquarters in alternative locations, as well as the European Banking Authority relocating to Paris, the fintech industry now seems to recover finally. 37 deals worth $358 million were closed in Q3’2017, more than doubling the numbers seen in the second quarter, accounting for about half of the total invested in Europe in VC backed fintech startups in this period, and making it the best of the last five quarters.