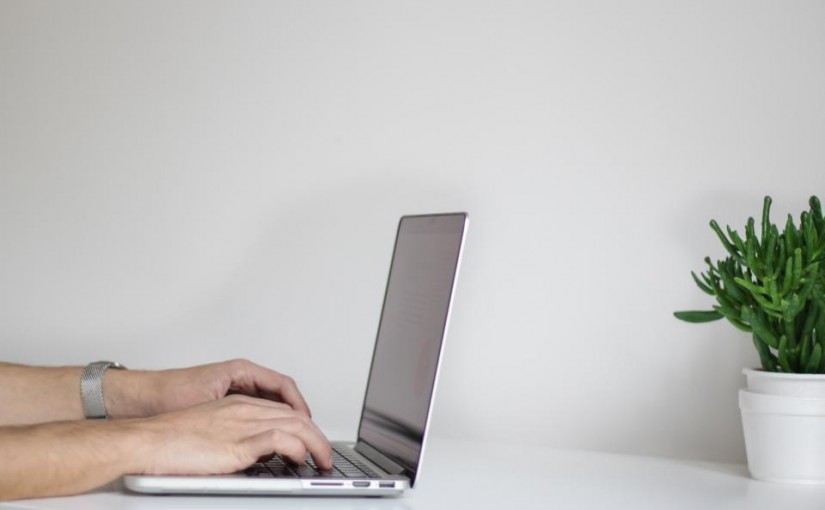 For many of us, the first introduction we had to peer to peer lending went something along these lines:

“Traditionally we all used banks. Banks lent money to consumers and small businesses at a high rate of interest. They used money from savers, paying them a much lower rate of interest. Banks made large profits on the spread between these two rates. Peer to peer lending connects lenders and borrowers directly so they both have a better rate.”

By cutting out a less efficient middle-man, P2P lending platforms can reduce the spread between the borrower and the lender interest rates and give them both a better deal. In my head, I pictured it something like this: 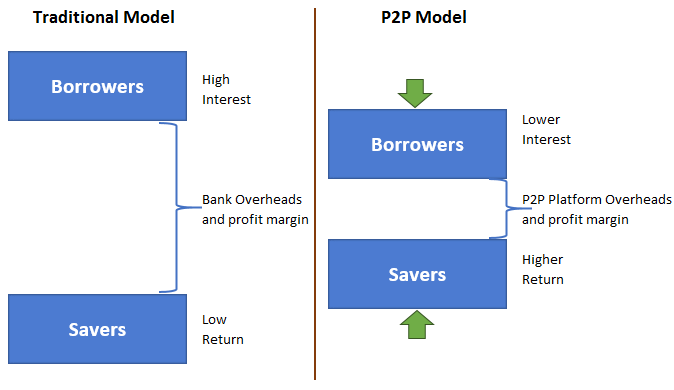 In practice, there will always be some degree of spread. As lenders, we need intermediaries such as VIAINVEST for some important processes like choosing the right borrowers and chasing up repayments. In turn, P2P platforms have their own costs: managing the website, customer services, acquiring new customers.

Is there any evidence to back up this concept of the P2P investment model? Are intermediary spreads really lower, or can higher rates of return just be put down to a transfer of risk to lenders?

The Cost Advantages of being a P2P platform

Although P2P platforms have their own costs, they avoid some of the larger operating cost burdens faced by traditional banks. Most P2P platforms are online only and don’t have to cover the costs of running physical customer branches. P2P platforms can have more modern IT systems, easier to maintain and custom built for their niche of lending. In general, there are fewer regulatory costs to operate a P2P lending business than a traditional bank.

There are two studies in particular that took a data-driven approach to compare the spreads on P2P platforms and traditional banks.

In January 2016 HJCO Capital Partners published a report “When Finance Meets Internet”. In the report, they compared the borrower/lender spread between traditional banks and Lending Club (a large US P2P lending platform). HJCO Capital Partner’s research estimated the spread for traditional banks at 20.6%, which fell to a spread of 6.2% via the US P2P lending platform.

The second study was by Oxera Consulting in September 2016. The Oxera report was prepared for the UK P2P finance association, a self-regulatory industry body. The report focuses on data from the P2PFA’s own members rather than the whole market. It estimated that in 2015, banks were lending to small companies at interest rates around 4.5% while funding these at the interbank rate around 1%. At the same time, it calculated P2B lending platforms were lending to businesses around 12% while paying 8% to investors. So, in this case, although the nominal spread was roughly the same, P2P platforms were targeting a different risk/reward end of the market and took a far smaller cut as a proportion of the total interest.

For us as investors, we don’t need a study to tell us that lender interest rates are far higher on P2P lending platforms. Many bank savers would be overjoyed to receive anything above 2% interest, while headline rates offered investors by some peer to peer lending platforms go into the double digits.

Is the borrower/lender interest rate spread really lower in P2P Lending than with traditional banks? The two most recent studies would suggest that yes, as a proportion of the total interest, P2P lending intermediaries take a far small cut than traditional banks. This is confirmed by the very visible difference in interest rates offered to investors and a history of bank-account beating returns.