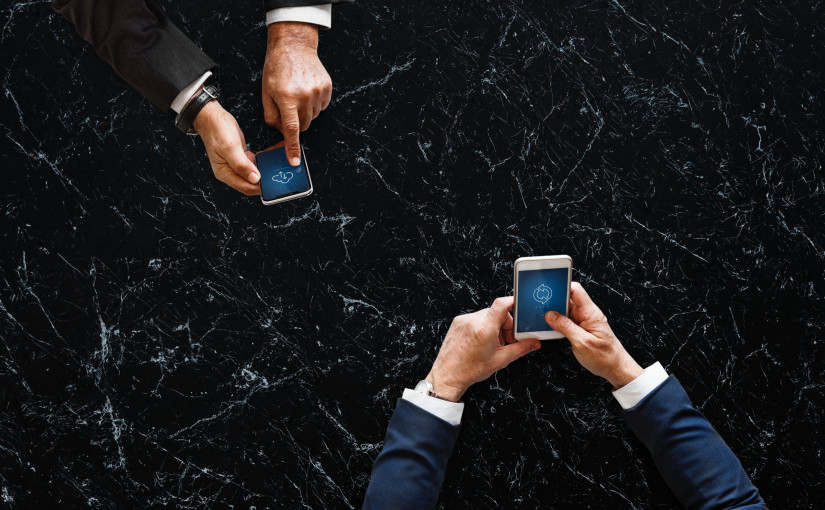 Peer-to-Peer lending (P2P) started as a way to fill the gap left by the economic crisis that swept through most of the word around 2008. Financial markets were hammered, banks were failing,  and capital was drying up.

Suddenly, we went from boom to gloom and people were faced with insurmountable odds when approaching traditional channels for money. It gave birth to P2P lending, also known as crowdfunding.

This new form of the marketplace was greatly enabled by the Internet. Suddenly all things were possible, and people started realizing that the balance of financial power has somewhat shifted, despite most being skeptical at first.

Here we are a decade later, and we find ourselves reading articles that estimate the P2P lending turnover sitting at close to a trillion U.S. dollars! There is a serious president set and people are obviously making money.

As with anything, there is arguably always a catch. One thing that often comes up is the cost of transferring money and how this impacts your overall return. We went out to see exactly what the cost of transfers are and how blockchain technology has become a way of cutting down on these expenses.

What is blockchain technology?

Blockchain technology is essentially a diversified online platform that is often likened to a digital general ledger. Simply put, when members log transactions, it encodes the information, issues a unique transaction code with a date stamp, locks it down, and it cannot be altered or deleted.

All information is visible to all users (members) of the network, so oversight is kept diversified and integrity guaranteed. Blockchain technology is what has made cryptocurrencies possible. It is almost the sole reason it exists in the first place, although it addressed the double spending dilemma digital currencies experienced where the same currency token was used for multiple transactions. Blockchain technology creates the order we need to spend one unit of a currency once.

It’s so popular because currencies utilizing blockchain typically charge a flat fee, irrespective of the amount, and it drastically cuts down not only the red tape you normally get with online money transfers but also the time it takes to reach your recipient.

To explain this in the easiest way possible we looked at one provider called SmartTransfer, which makes use of blockchain technology to facilitate what they claim is a very easy and affordable way to send money locally and globally.

How it saves you money lies in its ability to remove the remittance cost you would normally pay if you had to send money yourself. You see, every country has a reserve bank that needs to keep track of every transaction locally and across its sovereign borders.

They charge remittance fees and are likened to an admin fee. This cost is passed on to your bank, which also asks for an admin fee, and then your money goes through.

The problem with the traditional model of paying remittance and banking fees is that it really erodes the intended amount you wanted to send and there are time delays as well. The reserve bank and your local bank need time to process. Not only are you waiting longer, but also paying more for less.

Providers like SmartTransfer act as a facilitator where all local transactions within your country are used to exchange the money within. It does the same on the other sovereign country where your money is sent to. It makes sense, keep all the local money aside, pay everyone, and make sure it happens on the other side. There is then less money shifting borders.

Then it does one remittance transfer, pays one fee, and saves on fees in the process. It’s like buying remittances in bulk and saving money through economies of scale. This model is only possible through the use of blockchain technology. All you need is a mobile phone and the transaction is processed in less than five steps. Some P2P lenders allow you to choose your method of transferring costs and this is considered one of the easiest ways to achieve that goal.

Lendoit, claims to be the world’s first P2P lender and one of the champions of blockchain technologies when facilitating transactions on their platforms. They position themselves as a platform (not a third party) that merely facilitates the transaction between a lender and a borrower.

You are therefore a member on the platform that uses them as a value-added enabler that helps the lender and the borrower to monitor the transaction. Funds are transferred securely and anonymously through the use of blockchain technology. What sets them apart from SmartTransfer is that they only facilitate the transactions.

Lendoit provides the investor and the borrower with the reassurance of Ethereum Smart Contracts. This is a binding legal (yet online) contract that sets out the terms of the loan agreement. They do charge a fee, but it is considered so small and the time spent on concluding a deal makes it even more lucrative.

Where to Go from Here?

Truth be told, this is a subject that needs a lot of research and you have to see for yourself what will work for you. Please keep in mind that this is a disruptive technology that is growing fast and the complexities of how it’s used even faster.

The one thing we must never forget to do is proceed with caution. Dabble perhaps with a few providers and see what the return is. Never forget to check what the tax implications are for you and also compare it with that of your local bank or securities exchange for a baseline comparison. Don’t forget to reach out to your network or speak to someone that has done it, and soon you will be able to make an informed decision.