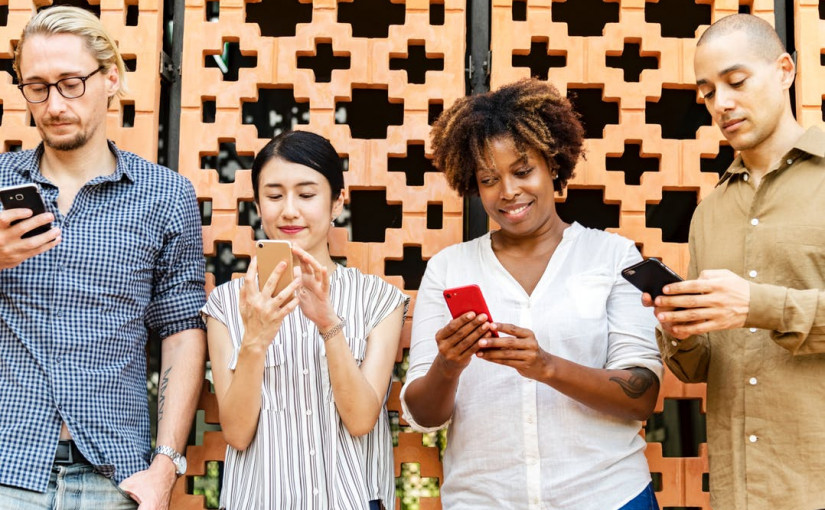 Cashless societies aren’t really something new. As the history books tell us, our earliest ancestors may not have had monetary coins or notes to trade with, but bartered and traded based on perceived value. As time went by, the Chinese invented paper money and it is something that has impacted the whole world.

Apart from gold, it was the official method of payment. Today all countries have their own currencies and the world now trades primarily in either the U.S. dollar, euro, yuan, yen, or Indian rupee.

But despite money having a sovereign identity, its method of exchange has drastically changed over the last twenty years with the introduction of digital banking. There are global examples from both first and third-world economies where physical cash is considered less desirable. We are slowly moving toward a cashless society.

What is a cashless society?

A cashless society isn’t one without money; rather, it just means that instead of having physical money in your pocket when paying for something, you have digital currency.

These societies have a consumer base and a business environment that has the right policies and technological enablers in place to incentivize and/or adapt using online currency.

How are people paying for goods and services without physical money?

Cashless transaction methods aren’t anything new. Here are some old and new examples:

This was the de facto way of paying for something if you didn’t have cash on hand and you needed to make a payment right then and there. It was a simple booklet, with pages that had all the security features and/or information needed for you to write out a cheque stipulating an amount. The paper was essentially a bank guaranteed promise that the amount stated on the paper would be honored. It was a convenient way to pay your monthly bills, writing out different cheques to different people or businesses, and you were able to mail it to them. Fraud was rife with this, however, and people were starting to feel less inclined to accept them as a method of payment. Fortunately, banks responded by introducing electronic payment methods, and this almost entirely phased out the need for them over time.

This wasn’t something simple or widely accepted at the time. Online banking was the direct consequence of the Automatic Teller Machine (ATM). ATMs were revolutionary as you were now able to draw money, anytime in the day or night. As ATMs became more commonplace, they also became smarter. You could go to the bank, load beneficiaries to your profile, and pay all your bills from your local bank’s ATM. No cheques and no envelopes to mail. ATMs didn’t bring about a cashless society, however. In fact, they were mostly used to draw physical money. What it did though was to slowly let people get accustomed to paying bills in a cashless way.

In the early 2000s, Internet banking started to rear its head. You were now able to gain access to your bank account anytime, anywhere if you had access to a computer with Internet connection. You could completely bypass a physical branch. Beneficiaries could be added and paid with ease. You even had the option to open a savings account and transfer money into it. Sending secure messages to your banker for more complex requests were also simple and you could stop or order cards in case they got lost, stolen, or damaged.

Today you even have Internet banking on your smartphone, also known as mobile banking. Now you can make transactions anytime, anywhere while on the move. This has brought speed and convenience to paying for things.

Going to the store can also be a cashless experience. Today, most people simply swipe their debit/cheque or credit cards when making payments. Initially, this was only a service provided by a respected retail outlet or supermarket brand, but today you can simply swipe your card at a flea market stall. Some stores even have express queues for card payments as this is now considered the fastest and most convenient way to make payments. With cash in transit heists that were making headlines worldwide, it also cut down on risks for businesses that didn’t want to hold so much money.

Disrupters that are driving cashless society

The above examples are merely the tip of the iceberg when it comes to requiring hard cash less and less. Here are some examples of disrupters that have enabled us to move away from hard cash payment:

Many retailers are even willing to accept barcoded payment authentication methods. Simply register as a user, link it to your conventional bank account and then make purchases via the application. The retailer will ring up the charge and select Zapper for instance as the payment method, you then activate the app on your side, punch in a reference number and it produces a barcode. All you do then is display the barcode via your smartphone to a scanner and the transaction goes through. This is useful if you don’t want to carry around a bank card or if you don’t have cash on you.

Things like cryptocurrencies have also changed the way we see the money. The only catch here is which one and how many businesses or people are willing to work with which one. It’s anyone’s guess as to how this market will grow, but one thing is for certain, you have to stay alert and informed about this because signs are pointing toward this as the future of money.

As online banking was discussed above, smartphones are becoming more powerful and feature rich. Apple pay is but one example of how you can rely solely on your smartphone to transact just about anywhere if you have your phone. It seems that convenience and ease of use will win out when it comes to transacting, and mobile banking apps are also becoming so feature rich that it will hardly be necessary to go to a physical bank branch at all, let alone use credit or debit cards.

Without much intervention needed, many countries are going the cashless route. In Zimbabwe, decades of economic and social unrest have resulted in severe cash shortages. Zimbabwe has, in fact, dropped its own currency and now citizens are forced to trade in eight global currencies.

One thing that is booming in Zimbabwe though is cryptocurrencies. Bitcoin, in fact, trades higher in Zimbabwe than in any other country just because it makes basic transactions so much easier.

Scandinavian countries, on the other hand, have been making efforts to become official cashless societies in what they feel will bring about more control and reduce risks, although there are a lot of debates around that.

Whatever the future holds one thing is clear, we are never going to be able to predict what will happen when it comes to the medium to long-term of hard cash versus online means of payment. If you had to go merely on observations, online payment methods will reign supreme.

The only uncertainty relates to cryptocurrencies and how this market matures and influences traditional money structures. We can say for sure that we have to stay informed, be alert, and take some risks if we want to really be ahead of the curve and part of the change.