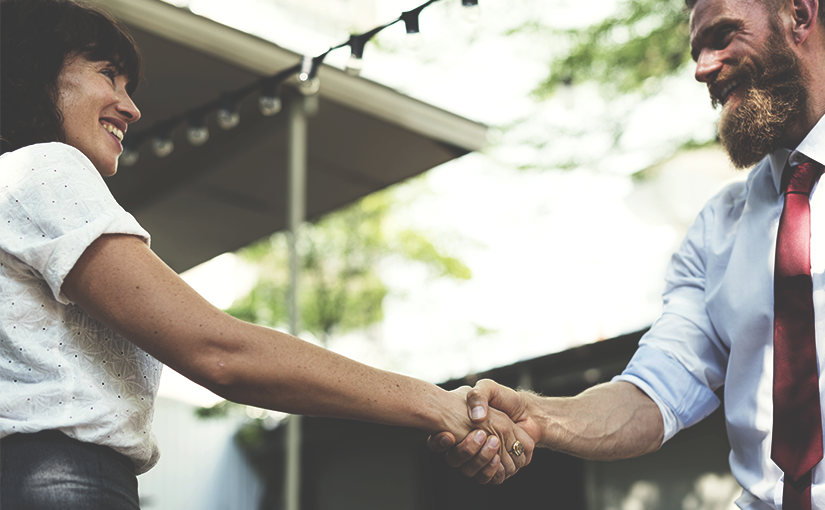 Fintech is a trendy industry for startups to choose, many of which came on the scene in the wake of the Financial Crisis, which rely on technology innovation to bridge the gap between traditional finance and their customers, including both individuals and merchants.

Blockchain, of course, has spiced things up, with market segments such as payments and peer-to-peer lending being disrupted even further. And then there’s big tech threatening to encroach on everyone’s territory, with the likes of Amazon eying a potential deal with JPMorgan Chase to develop a “checking account-like product,” reports say.

Fintechs and banks are different for sure. Fintechs seem to have this innate ability to know what customers want, while banks often need handholding to anticipate the customer’s needs. Perhaps it’s a function of never having their turf threatened before, until recently. Regardless of the reason, these two market segments are discovering they may have more in common than they previously thought.

The World FinTech Report 2018 revealed that there had been a shift in the mentality of fintech startups from battling traditional financial services to teaming up with them. But it’s survival of the fittest both sides, as evidenced by Goldman Sachs’ acquisition of fintech startup Marcus, a consumer online lender that came on the scene a couple of years ago.

Meanwhile, fintechs don’t fit into any cookie-cutter mold and have been equal opportunity disrupters across payments, insurance, banking, money management and lenders/marketplaces. In fact, technology is so integral to what AliPay is doing that the payments company considers itself more a “techfin” than a fintech.

But something these startups have in common, Alipay included, is that they will likely collaborate with traditional financial services at some point in the future if they haven’t done so already. At least three-quarters of fintech execs have endeavored to partner with financial services firms for scale and “established distribution infrastructure,” according to the report done by Capgemini and LinkedIn.

Take online lender Kabbage. Its billion-dollar valuation notwithstanding, Kabbage has inked deals with the likes of ScotiaBank, Mastercard, Santander and ING, the latter of which said it could now issue loans to merchants in 10 minutes thanks to the partnership. Meanwhile, Standard Chartered recently committed to pouring more into technology after investing USD 400 million into this segment last year, which explains why fintechs have come around to working with them rather than only compete.

Blockchain startup Ripple, which uses the blockchain to make cross-border payments faster and cheaper, similarly recognizes the value in working with banks. The payments company is building an app dubbed Money Tap that settles domestic transactions in an instant.  Ripple developed the app with dozens of Japanese banks, and it will launch at a trio of banks later this year, including SBI Net Sumishin Bank, Suruga Bank, and Resona Bank.

The linchpins for successful partnerships between fintechs and more traditional financial services are culture and talent, which can be tougher to achieve than it sounds. Take culture. The World FinTech Report points to an “internal facing” and “slow to change” culture at banks compared to a nimbler approach at fintechs by nature.

This disconnect has been a point of frustration for fintechs, but the need to be able to see past this and focus on communicating what they bring to the table to form successful partnerships.

ING Group is a great example of this. The Dutch bank said in the report that it “changed our organizational structure to remove hierarchical silos of marketing, product development, process management, and IT to create an agile environment.”

Talent is the other key to unlocking these partnerships. Goldman Sachs’ online lending business Marcus understands this, as evidenced by a staff that’s split across Goldman alum, traditional consumer finance (e.g., Citi, Capital One, etc.) and “consumer-facing companies” including Google and Amazon and Facebook, for instance. This mix is also common among fintechs, which tend to be comprised of similar talent pools.

But a lack of talent is the “biggest barrier to innovation and the digitalization of banking in the next five years,” according to Jim Marous of The Financial Brand. He says that the demands for talent in the private sector are preventing industry professionals from “teaching these skills at the university level.”

Fintechs and traditional financial services both have something to offer each other – fintechs their innovation as well as focus on customer needs and banks their scale, distribution and brand recognition. And while not every fintech and bank will be a perfect fit, the more these two market segments can find common ground the stronger the industry will be.