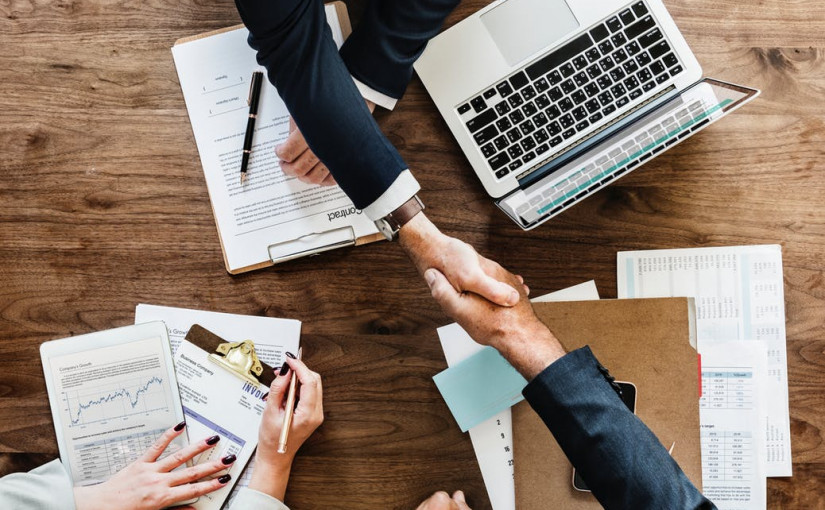 The alternative finance industry in Europe does not show any signs of slowing down. According to a new report “Expanding Horizons” published by the Cambridge Centre for Alternative Finance (CCAF) of the University of Cambridge Judge Business School, that is capturing an estimated 90% of the market, online alternative finance grew a 101% in Europe, from € 1019 million to € 2063 million in 2016 (excluding the UK), with a substantial acceleration from the 72% increase in 2015. 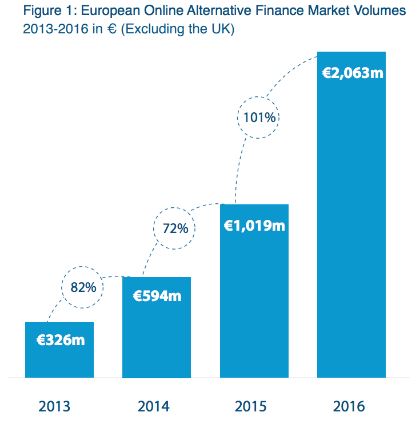 These are also the two models where institutionalization grew more, with 45% for P2P consumer lending and 29% for P2P business lending that have been funded by financial institutions like banks, pension funds, and asset management firms. P2P lending, in particular – P2P property lending – the model where individuals or financial institutions are providing a loan secured with a property – is a segment with the most significant amount of platforms introduced significant changes to their product offerings and business models. Interesting to note that lending-based platforms got the majority of the volume generated in alternative online finance, with 67% of all business funding coming from lending and debt platforms.

What remains the critical challenge, not just for P2P lending, but for the whole market, is the regulation. While 11 EU countries have implemented some basic rules for P2P lending and equity crowdfunding over the past few years, there is still not coherence and harmonization among those countries where legislation that substantially differs from country to country. The situation is even worse in 17 EU member states where there is almost no regulation applicable to P2P lending industry. This is a serious obstacle delaying platforms’ expansion plans, even within the EU.

When looking at perceptions of existing regulatory frameworks, 45% of the P2P property lending platforms think that industry lacks regulation, but 18% consider current legislation too excessive. P2P business lending and P2P consumer lending shows better perspective – respectively 29% and 27% believe the existing regulation is too excessive and 16% and 12% see the lack of it.

Interesting insights on the current stage and on future perspectives are coming from Oliver Gajda, the Executive Director of the European Crowdfunding Network: “The differences in each European Union Member State regarding investment culture, corporate law, tax regimes and, of course, financial markets and banking regulation, including specific rules for crowdfunding, direct online lending, and other relevant markets, had created a very fragmented European industry. Platform operators were largely exploiting opportunities on national markets tfor scaling. […] at the end of 2017, however, this has changed notably. A significant number of European platform operators have expanded beyond their home markets to open operations in multiple other European Member States, partly adapting to local regulation and partly operating under the EU regulation. […] With increasing professional conduct within the industry, growing cross-border transactions and the appearance of market champions, the European Commission has, based on further research, launched efforts to harmonize both online direct lending to SMEs involving retail investors and security offerings via online platforms at European level, at least for cross-border transactions.”

In fact, at the end of 2017, the European Commission published a piece on the potential approaches to harmonize the regulations across the region and will communicate its final proposal by March 2018. We will need to wait till then to evaluate the outcome, but we foresee exciting times ahead, and we are optimistic that this could give another boost to this industry that is now becoming bigger, stronger and more mature.

A full report can be downloaded here.