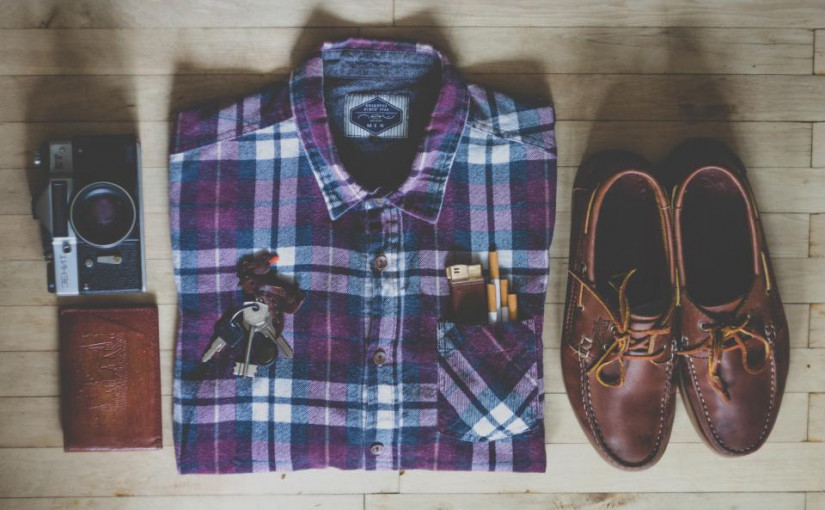 European countries have always shown meaningful differences in their savings and investment habits, with significant changes observed in the past decade, especially during the 2008 global financial crisis and the 2011 euro area sovereign debt crisis. Here we take a brief look at what are habits of Europeans regarding planning their cash flow, as well as explain few personal finance management solutions that have emerged in recent years along with the development of fintech.

There are several factors affecting saving decisions, and one highly significant is the GDP and the economic growth of a country. “Unsurprisingly, in those countries where growth has been stronger, there have been increases in the percentage who have added to their savings and feel comfortable with the amount they have put aside,” said Ian Bright, senior economist at ING.

Macroeconomic factors, of course, can not be separated from national history and culture. Among countries who are the part of the Euro area, Germans have shown a strong commitment to saving relatively high percentage of their income. Kai Uwe Peter, the Managing Director of the Berliner Sparkass, a German saving banks, told to the FT:  “Saving is seen as the morally right thing to do. It is more than a simple financial strategy”. Of a similar opinion also Harold James, an economic historian and Princeton University professor, who thinks the reasons have to be searched in the demographic, religion and history of the country as well as in the psychology of the people: “The Germans are much more worried about the future than Americans, for example. They think they need to prepare for every eventuality, for a scenario where bad things can hit them and that they need to be ready for that, […] There is a Protestant tradition of saving and restraint. Virtuous behavior means renunciation of present satisfaction.” 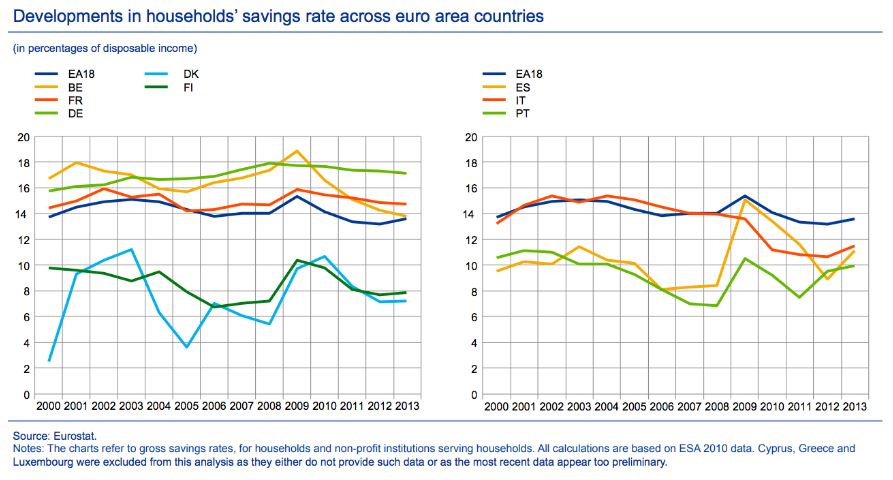 On the investment side as well, it’s possible to note significant differences in the level of investments across European countries, where, for example, Latvia and Portugal have a gross investment rate of around 5% and on the other end, countries like Belgium and Finland that have a rate which is about 10%. According to reports by the European Central Bank (ECB), this is not strictly related to differences in countries home-ownership levels, even if it’s something positively correlated with the level of investments. In general, it results that the household investment percentage have a positive correlation with income levels and shares of working-age population, and a negative one with household indebtedness. 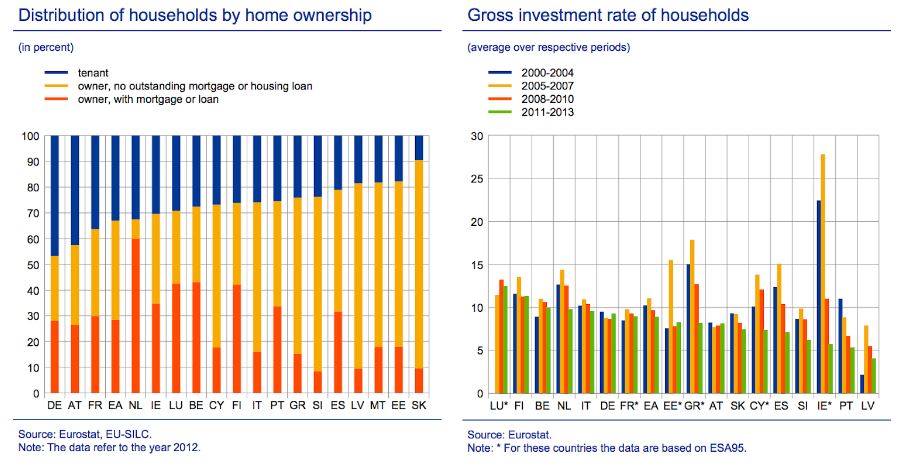 In the recent years, with the rapid growth of the use of smartphones and the emergence of the fintech industry, we saw the creation of a large number of so-called Personal Finance Management (PFM) applications. The purpose of PFM apps is to help individuals simplifying money management, keeping track and analyze their cash flow, earnings, and spendings in an automated way.

Here we list few of those we think are some of the most interesting PFM apps and startups in Europe:

This is a market that has been evolving pretty quickly in recently, and it’s really exciting to see how this will mature and influence the way people manage their money and make financial decisions. A whole new fintech world ahead!