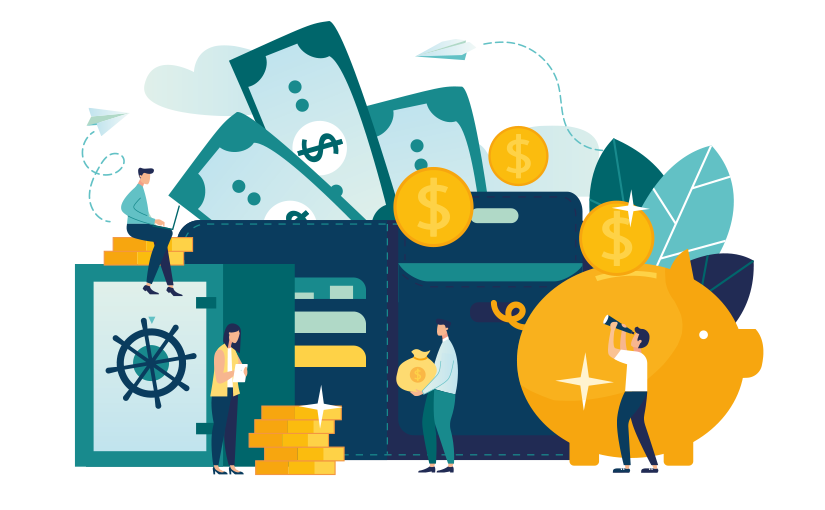 This year was pretty crazy for fintech. We have seen serious developments with blockchain, artificial intelligence, open APIs and open banking, the big increase of mega funding rounds as well as some substantial growth in P2P lending and other alternative finance channels. Plus, we had the opportunity to witness consolidation and maturation of the whole fintech industry, while observing the incredibly quick rise of ICOs followed by fall in numbers, together with bitcoin and other cryptocurrencies on a rollercoaster with their valuations.

Along with the news all over the place regarding the volatility and the speculation on crypto assets, a substantially increased awareness of the potentialities arrived, from which it emerged, among other things, the rapid proliferation of a particular type of cryptocurrency called stablecoin, and it is gaining more and more traction.

First things first – what stablecoins are all about? A stablecoin is a new class of cryptocurrency, which is pegged to fiat currencies, such as Euro, US Dollar or British Pound, or to exchange-traded commodities, like gold, silver or copper, or even to other cryptocurrencies. Stablecoins have been created to lessen the effects of volatility and to make the value of the virtual coins more stable, making it better suited for payments, for example. This is really the main point here: stablecoins maintain the main advantages of cryptocurrencies, such as transparency and privacy, but at the same time are not subject to the crazy volatility that we have seen with Bitcoin, Ethereum and the other cryptocurrencies, for which at the moment the prices are affected more by speculation than anything else.

In a recently published in-depth report called The State of Stablecoins a total of 57 stablecoins have been identified, 23 that are live and 34 that are at the pre-launch phase. With the most popular one at the moment is Tether (USDT), which is the cryptocurrency with the highest daily trading volume after Bitcoin, and the 5th with largest market capitalization among all cryptocurrencies (despite the many controversies emerged in the past months about it). 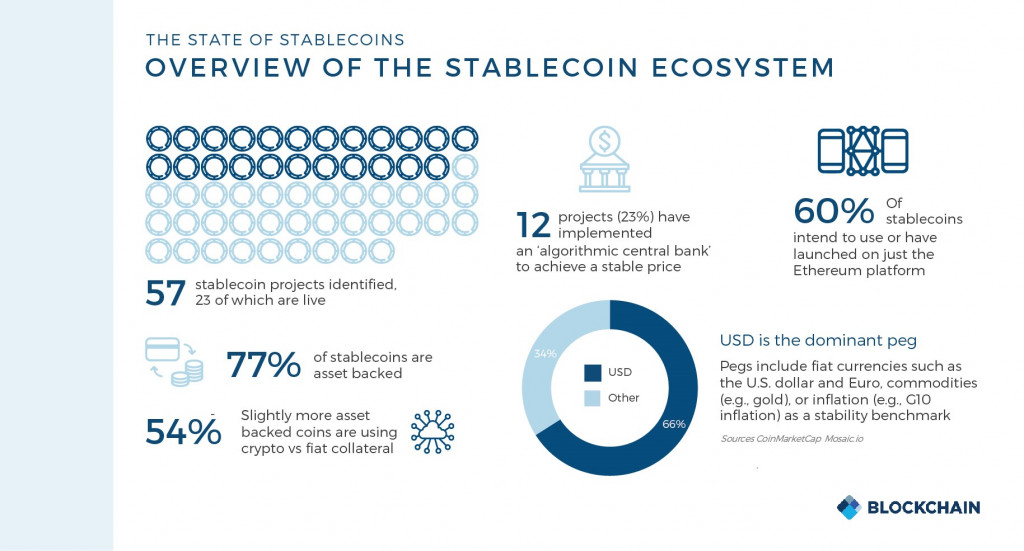 Source: The State of Stablecoins

It is interesting to note that there are even two stablecoins, the Paxos Standard (PAX) and the Gemini Dollar (GUSD), that have been approved and regulated in September 2018 by the New York State Department of Financial Services and that became the first cryptocurrencies to be officially regulated. Both coins are strictly pegged 1:1 to the US Dollar and built on the Ethereum network.

But what’s more interesting is that there are potentially a good number of real world applications, which have been nicely presented by CBInsights, that could be disruptive in many different ways. To give you some examples: a day-to-day currency, like any other used currency with the additional benefit to be digital, legally backed and secure; a way to streamline recurring payments, where, for example, a company with employees dispersed all over the world can set up a smart contract for paying salaries by automatically transferring stablecoins, making it much cheaper and faster; a solution for migrant workers to send remittances ($613B in 2017) making it, once again, much faster and definitely cheaper than traditional alternatives like Western Union; a way to get protection from local currency crashes, like it has happened in countries like Venezuela, Argentina and Turkey, where locals would be then able to exchange their currency for a stablecoin pegged to a stronger currency or a stable commodity in order to avoid the effects of depreciation and inflation on their savings.

Having said all this, with all the nice examples and idealistic perceptions in mind, we must always remember that all that glitters is not gold. We are still at an early stage, very far from maturity, with different drawbacks, but a number of potentialities are making these new developments so intriguing. The upcoming year will be an interesting one for stablecoins, that’s for sure.