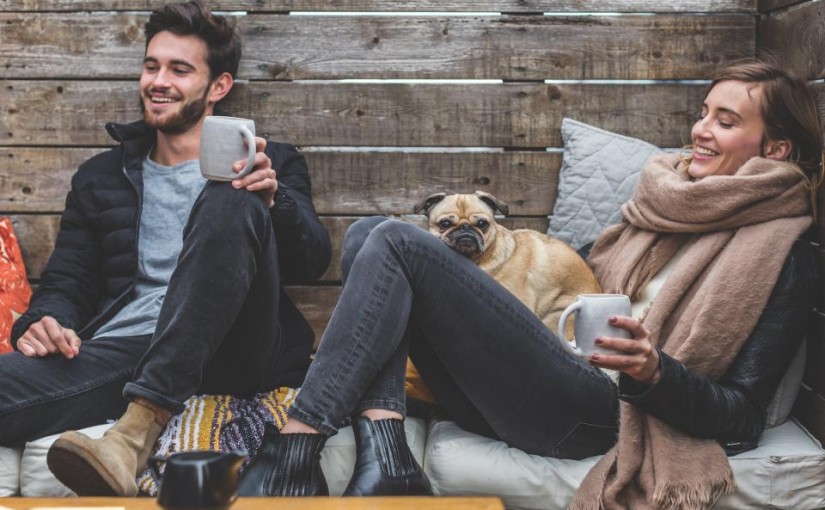 Financial technology is growing like never before with funding to fintech companies that set a record in the second quarter of 2017 increasing by 83% and reaching an astounding $5,2 billion invested in total. Continuing at such pace, this year we are going to see the highest numbers both regarding fintech deals and in the total funding. While waiting for the data from the last two quarters, you can find some notable trends we have saw so far within the fintech industry in 2017.

Initial Coin Offering (ICO) is substantially a new way to raise funds for a company or a project. The basic idea is that you create your crypto coin or token and you offer it for sale in an initial offering. As defined by the Economists, “ICO coins are essentially digital coupons, tokens issued on an indelible distributed ledger, or blockchain, of the kind that underpins bitcoin, a cryptocurrency. That means they can easily be traded, although unlike shares they do not confer ownership rights”. There are also circumstances where these coins confer ownership and in those cases, they should be considered as securities, making ICOs comparable to IPOs and become then subject to federal securities law, as recently stated in an investor bulletin on the subject, published by the SEC, the US Securities and Exchange Commission.

The operations have really exploded since the start of the year, with $2.16 billion that has been raised through ICOs since the start of 2017. With significant opportunities also come potential problems with several people already being victims of scams, which essentially got their money stolen. In that light, we are now seeing countries that are starting to regulate the market, with the some like the US, Australia, and Japan that are discussing how to make it safer, and other like China that apparently banned ICOs altogether. It will be now fascinating to see how things will evolve in the next months!

Financial institutions are joining the game

As the fintech industry is now reaching a new stage of maturity, there is an expanding number of well-established financial institutions that are looking out to seal new partnerships and to acquire fintech startups and innovators. Goldman Sachs, Banco Santander, Citigroup are the banks with the highest number of investments in venture-backed fintech companies, but there are also other major banks like JP Morgan Chase, Barclays, BBVA, and ING, that are now investing big resources in financial technology.

Blockchain is getting into production

As defined by Investopedia, a blockchain is as a public ledger of all cryptocurrency transactions that have been executed. It is steadily growing as ‘completed’ blocks are added to it with a new set of recordings in chronological order. The potentiality and the benefits are significant, for example by making transactions faster, lowering their costs but also adding a transparency and disintermediating exchanges, eliminating the counterparty risk. It’s also the range of applications that are huge (e.g., reread the ICOs point), even outside the financial sector.

While in 2016 we have heard a lot of people just talking about the potentialities, we start to see first practical applications. Fintech and blockchain expert Oliver Bussmann said that this is the “year of the pilot” for blockchain in financial services, as it moves from proof-of-concept into production.

Chatbots and more in general what’s considered conversational finance, are becoming mainstream in banking, thanks to the tremendous progress made in the last few years with Artificial Intelligence (AI) and Machine Learning (ML). Chatbots are pieces of software that try to simulate human conversations and can respond to command and questions from users. With chatbots, there is a distinct advantage regarding costs and the potential to remove human errors. It’s an essential aspect also the possibility to analyze customers needs by collecting the data. With that in mind, a lack of emotional intelligence is for the moment severe limitation that bots currently have.

Insurtech disruption for sure has been one of the hottest things in fintech for the past two years, and it is still very much in the spotlight of investors and industry insiders. The lack of innovation that has distinguished the insurance industry in the past decades is getting disrupted by this new wave of modernization. As reported by Accenture, using CB Insights data, Insurtech investments reached a total of $1,7 billion, across 173 deals, in 2016, doubling the number seen in 2014, and the growth is continuing.

Open APIs are changing the finance industry as we know it. Today there is an API for every segment or sub-segment and the best thing – it is potentially possible to make almost all applications to interact. But what we have seen so far is just a start, much more is expected from PSD2, especially regarding Open Banking. The “Directive on Payment Services in the Internal Market” (PSD2), got green light from the European Parliament in 2015 and it will finally come into effect in January 13, 2018, forcing European banks to give access to raw account data through APIs, accelerating in this way the innovation process the banking sector is undertaking.