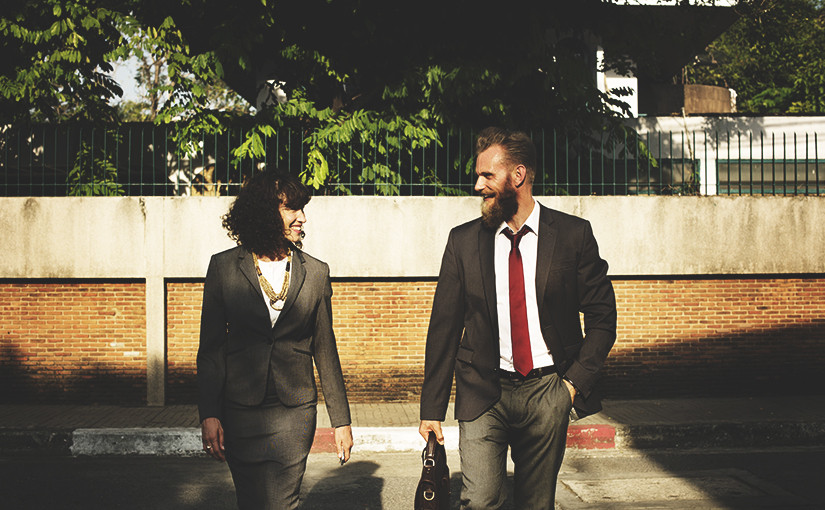 There are different ways how investors can access the debt markets for steady returns. The bond market is a traditional way to access this asset class, including buying bonds that are issued by government agencies or companies. The higher the credit risk, the higher the interest that is paid on loan. As of Q4 2017, a 10-year US government bond was paying approximately 2.3% in yearly interest.

The development of fintech has also raised the stakes for investing in the debt markets, most notably peer-to-peer (P2P) investing. Like the bond market, the returns generated by investing in P2P platforms are tied to the creditworthiness of the borrower.

But P2P platforms often use different credit scoring formulas than banks, including algorithms and other non-FICO related features, that allow them to issue loans faster and more frequently than banks.

UK P2P lender Zopa’s average return in 2017 was 4.7%, which was slightly below 2016’s average of 4.9%. Zopa moved toward lower-risk, lower return loans in its portfolio, which explains the decline, according to the Financial Times.

The P2P market was worth more than USD 26 billion in 2015, and it’s forecast to potentially expand to USD 900 billion in the next six years. Still, a demographic breakdown of exactly whose investing in the space is hard to come, so let’s examine the demos across investing more generally.

When it comes to investing, men and women often have very different risk and reward profiles. Some evidence of this trend can be found in a recent poll of financial regrets among Americans in 2017 by GOBankingRates.

The study found that among men, their most significant regret when it came to finances was “not investing in the stock market.” Fifteen percent of men had this regret, almost double the 9% of women who felt this way also. While fear and greed are the biggest emotions in the stock market, men were more likely to fear to pick a losing investment versus women.

For women, on the other hand, their greatest regret was not socking away more money in savings. Forty-one percent of them said this was their biggest regret, compared to one-third of men. Women are also more likely than men to have at least USD 1,000 in savings. Approximately one-third of both women and men are not prepared for retirement.

And while you may be familiar with the “gender pay gap,” did you know there’s also a gender investing gap? According to BlackRock, nearly three-quarters of women keep almost three-quarters of their assets in cash (e.g., savings) compared to 60% of men. The sidelined capital is money that could be generating returns in the stock market, or perhaps on a P2P lending platform.

Time.com illustrated this dynamic in the below chart – 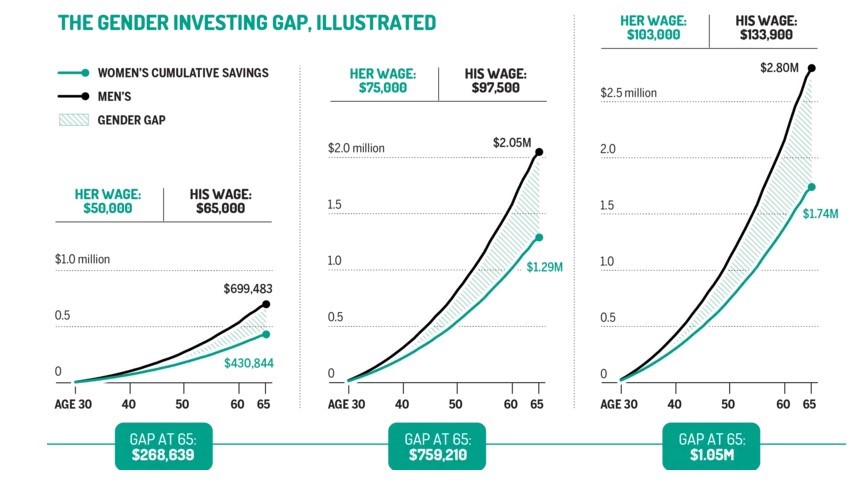 Meanwhile, women have more reason to be confident about investing, as evidenced by a 2017 Fidelity study of millions of clients revealing that contrary to popular belief among those polled, “Women actually tend to outperform men when it comes to generating a return on their investments.” Only 9% of women, however, believed they could “out-invest” men.”
Bitcoin Market

Bitcoin and other cryptocurrencies may be a nascent market, but the market is mature enough that investor statistics are becoming available. And bitcoin is increasingly making its way into the debt markets via bitcoin-backed loans.

In Australia, more than 80% of cryptocurrency investors are men, according to a recent study done in the country. The poll was based on trading activity across more than half a dozen Aussie cryptocurrency exchanges as of year-end 2017.

Incidentally, most of the investments poured in at year-end 2017, which was at the height of the bitcoin price rally. So, it may suggest that men were more willing to take on the risk than women or just that they were more opportunistic about a quick profit.

Meanwhile, nearly three-quarters of cryptocurrency traders last year were not yet in their forties. Young adults under 30 years old comprised 40% of this category. Another study by 99.bitcoins.com similarly found that women comprise less than 10% of bitcoin investors. But with events like the upcoming Women in Silicon Valley Conference this week, the tide may soon be turning. 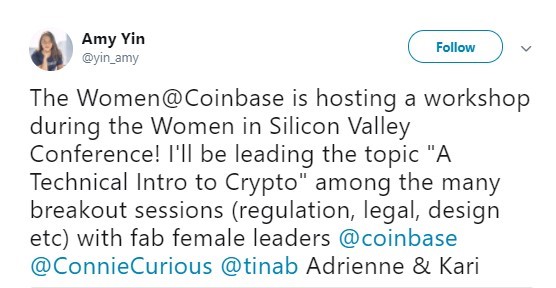