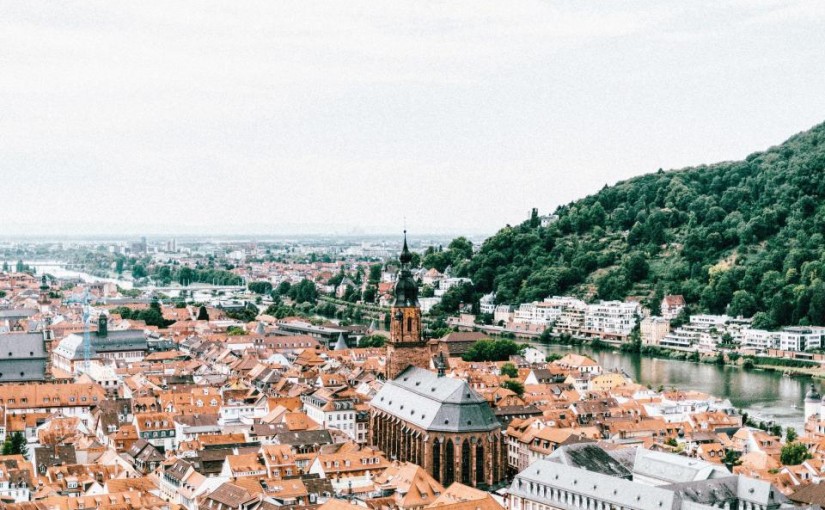 Fintech is growing rapidly in Europe with over $8 billion investments made since 2010 and a sharp increase in the interest from big corporations and well established financial institutions. But the interest is not coming only from the private sector. The European Commission is giving fintech a priority in its agenda, proposing to reform financial supervision by increasing attention to the development of the financial technology industry. And as this sector matures, Germany is in a great position and has all preconditions to become a key market regarding fintech.

According to a new report called State of European Fintech: Current Trends and Prediction by Innovate Finance and Magister Advisors, over $8 billion (approx. €6,8 billion) of capital have been invested into European fintech companies since 2010, with an apparent increase in the volumes of the larger rounds in the recent years. 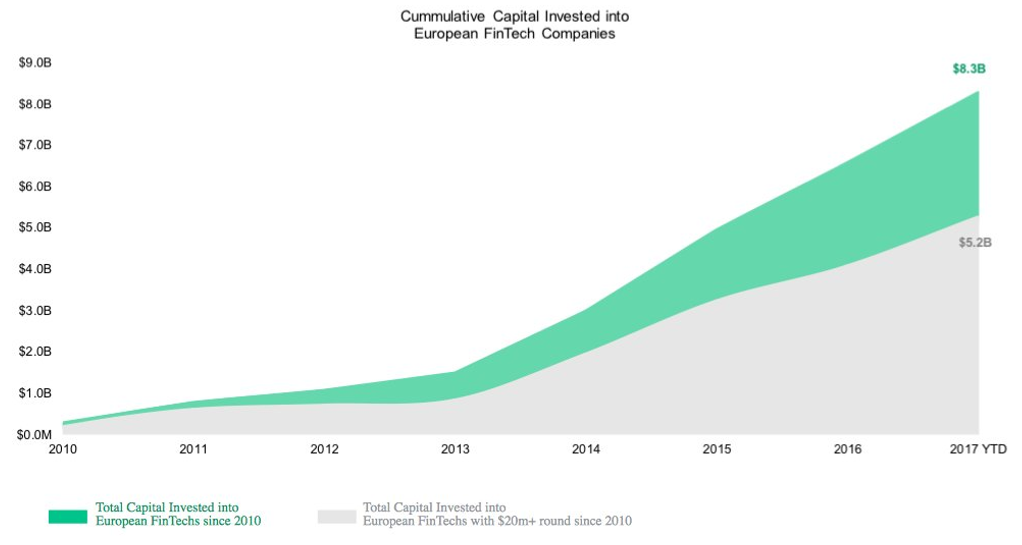 The report shows a profound trend – the interest of corporate investors in financial technology is constantly growing and tendency shows that three out of ten most active corporate investors engaging with European fintech companies are headquartered in Germany. These investors are mostly represented by Tengelmann Ventures, SevenVentures, and Commerz Ventures. Despite this, High-Tech Gruenderfonds remains the largest German tech investment fund, with about €820 million under management and 4 fintech companies in their portfolio.

While the UK remains the largest fintech market in Europe, Germany is creating some significant competition by increasing its market share with investments in VC-backed fintech startups that reached $421 million in 2016. Two consecutive quarters, Q2 and Q3, marked the first time when the local financial technology firms raised more funding than those in the UK, showing a 118% increase year-on-year from the $193 million raised in 2015.

Let’s see what the end of 2017 will bring, but the whole industry is now on the pace to set new records, both looking at the total investments and the number of closed deals. Germany is riding the wave with few notable deals closed from the start of the year, for example, deposit marketplace Raisin, which allows people to invest in savings accounts across Europe has reached a milestone of 90 000 customers that have invested more than €4 billion on the platform. The company has raised €30 million in a Series C round led by Thrive Capital with participation from Index Ventures and Ribbit Capital this January.

SolarisBank is another notable example with €26.3 million raised in a Series A round in Q1 of 2017, from an excellent pool of investors including Unicredit, the Japanese SBI Group, and Arvato Financial Solutions, with the plan to build an API-enabled banking platform.

If we look at the bigger picture, German Fintech ecosystem is geographically fragmented, in contrast, for example, with the UK, where the industry is concentrated in the capital – London. Both regarding venture capital investments and amount of fintech firms, Berlin remains the top location in Europe with 179 startups and €734 million invested between 2012 and 2016. But there are also other emerging fintech cities, as Hamburg taking the second position by the amount invested (€212 million) and in the fourth position by the number of startups (53). Munich, the capital of the wealthy Bavaria, ranks third by a number of investments (€155 million) and second by the number of startups (62). The last but not the least and worth mentioning is Frankfurt, the home city of the Frankfurter Wertpapierbörse, the world’s 10th largest stock exchange, ranks the fourth city by the number of fintech startups (58) and takes the same position regarding the volume of venture capital investments (€48 million). Frankfurt is the city that can potentially benefit the most from the Brexit, considering that many large banks and financial institutions have already announced their intention to relocate to the German financial center after London leaves the European Union.

The future now definitely looks bright and exciting, not only for Frankfurt but for the whole country, with the undoubted potential to become a fintech heavy-weight.