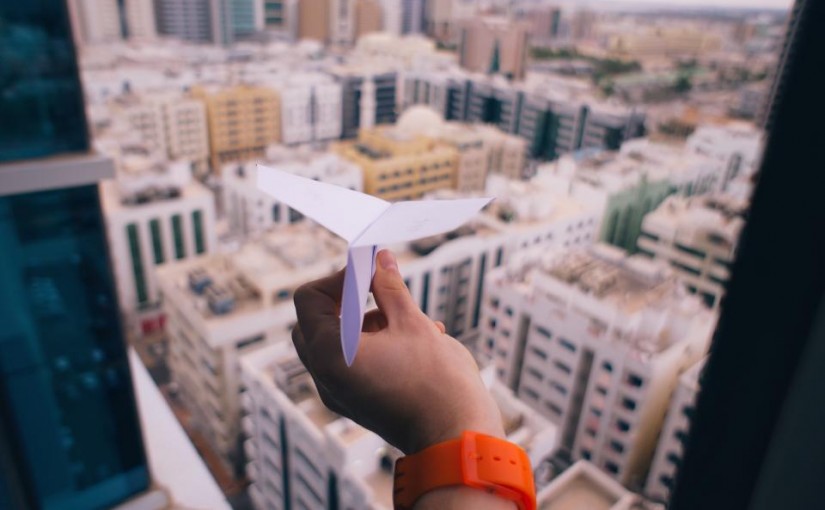 The Czech Republic represents a great deal of the market for borrowers on VIAINVEST. The economics of the country are important to us to see that the environment remains healthy for borrowing and that Czech borrowers can maintain their high repayment rate over time.

The overall EU trends for growth matter to us not just for the Czech Republic, but also for Spain where our second loan originator operates. The growth of the entire region’s economies puts the 2 economies of our borrower countries in good shape to borrow and repay our loans.

Here are some more details on the economy of large borrower market, the Czech Republic.

The Organization for Economic Cooperation & Development (OECD) predicts stable economic growth in 2017 and 2018. Focus Economics reports (see table below) a record low unemployment rate of 6.5% in 2015 and a lower rate for 2016 in the Czech Republic. The unemployment rate is especially important for our investors as one of the top indicators of being able to repay a short term loan is having and keeping a job.

Commerzbank reports that Czech Republic growth in 2016 was 2.3%, just below expectations for the year, however, the Czechs fared better than the rest of its EU member states at 1.7%.

The consensus is the Czech Republic is growing at a healthy rate and at a rate that is faster than other EU countries.

Some Other Czech Economic Stats

There are some other important statistics and multi-year trends where we can examine the health of the Czech economy from this table below. Note that all the 2016 year end numbers are not available yet to update the table but the trends are clear. 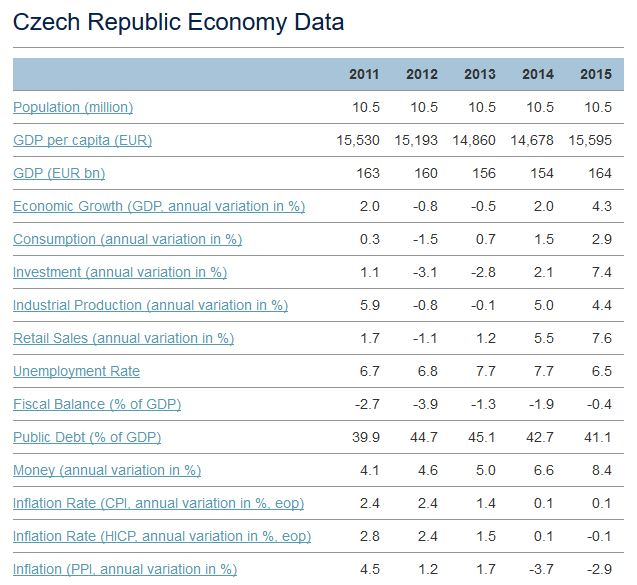 GDP. Starting in 2014 and through this year GDP per capita keeps growing and will hit a record for 2016. More and more economic activity in the country is good for them and good for us as investors.

Inflation. Inflation is at very small manageable levels and production costs as measured by PPI (last line on the chart) are in a downtrend so costs to produce goods and services are dropping. Lower PPI means the potential for greater profitability for more industries in the country. PPI stands for Production Price Index.

Unemployment Rate. The unemployment rate is dropping and was 6.5% in 2015 and looks lower for 2016. This along with a 4% average wage growth is a recipe for solid economic performance. The Eurozone unemployment rate overall is at a historic low of 9.6% so the Czech Republic is doing very well in this category compared to its EU peers.

The Czech Republic is currently a huge market for borrowers. All of the major signs economic growth like GDP growth, low unemployment, control of inflation, lowering production costs, and controlled levels of government debt are in view here. A healthy active Czech economy means the macroeconomic tools are in place to help enable our borrowers to continue to repay their loans.